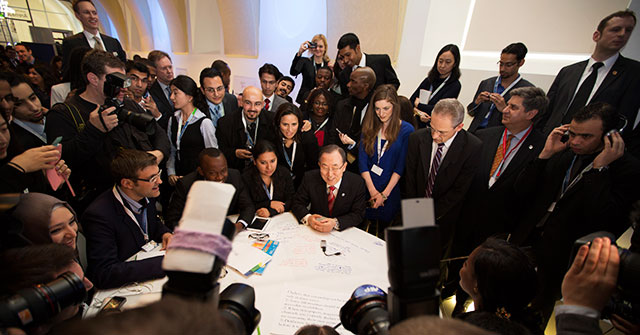 150 youth from 100 countries convened at the Alliance of Civilizations Forum in Vienna on February 26, 2013. After a full day of engaging and dynamic

A research project has revealed that ethnic identity is less significant for younger generations in Central and Eastern Europe. According to a

University in Philippines and UNAOC to hold conference on the future of International Politics.

The University of Asia & the Pacific’s Institute of Political Economy, in collaboration with the UN Alliance of Civilizations, will hold a conference

UNAOC at Panel Discussion on “The Next 10 Years.”

UNAOC's Research and Education Manager, Dr. Thomas Uthup, was among the panelists invited to participate in a discussion September 21 on "The Next 10

Teshkeel Media Group is a Middle East based company focused on creating, re-engineering and exploiting all forms of children’s media based on or

If you wish to receive updates about UNAOC's advocacy and programming activities, please sign up using the form below: